We know you like online fun, that's why we present to you the newst kizi games category, named STRIKE FORCE KITTY GAMES. 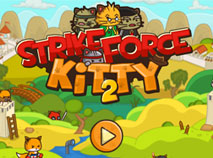 Dear friends, well I found the sequel StrikeForce Kitty 1 wherein, if you played and finished maybe you saw Queen was stolen by some puss worse, and was... 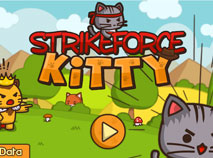 Hello, well I found a new action game this time with cats warrior. Our game is called Strike Force Kitty and is one of the most played and popular games in...